Saying Goodbye to a Friend

In May of 1991, I graduated from Stephen F. Austin State University in my hometown of Nacogdoches, TX and moved to the North Houston area to chase my dreams of becoming a professional golfer.  At the time, the Tournament Players Course in The Woodlands was the home of the Shell Houston Open.  The TPC course is amazing with an incredible practice facility.  This is where I planned to spend my days working on my game until landing my first job as an assistant golf professional. 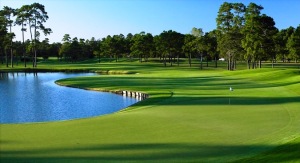 My Dad, his wife, and three children lived in River Plantation, a country club community just North of The Woodlands.  Given my limited funds and no job, they allowed me to live with them until I gained employment and transitioned into my own place.  In a short period of time I found a job working as a bartender in the evenings at Panorama Country Club just North of my Dad’s home which left my days free to practice and play.  Plus this job gave me access to a course to play for free. 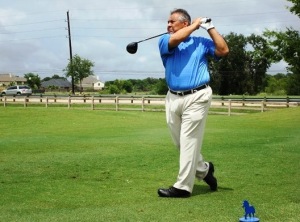 My early days in the Summer of 1991 were pretty care free.  I was up early hitting the gym before heading down to the TPC to practice.  One morning, a gentlemen walked up and introduced himself as Rene Nino’.  He complimented me on my swing and ball striking and we struck up a conversation.

Rene’ lived there in The Woodlands across the street from the 7th tee box of the TPC Course.  He worked from home with his wife Virginia along with their “4-legged” kids including dogs and cats.  This was the start of what became a great friendship with our love for the game of golf as the common bond.

Rene’s business included calling on golf course superintendents which offered a unique and valuable side benefit.  He was able to play golf weekly all over the Houston area in most cases for free or maybe for a simple cart fee.  And while his game wasn’t bad, there was definitely room for improvement.  That’s where our friendship blossomed because in exchange for me helping with his game, he would take me to play when our schedules matched up. 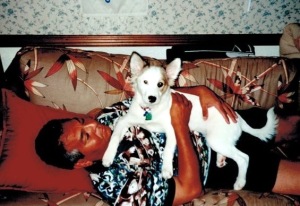 In early August, my fortunes took a turn for the positive when the TPC’s head professional, Garry Rippy, asked me if I would like to go to work for him as an assistant in the golf shop. My goal in moving to Houston was to find a club professional job, join the PGA of America, and go through its professional development program.  Garry was giving me the much-needed break to take the next step in following my dreams.  Needless to say, my answer was a resounding YES!

When I shared with Rene’, he was thrilled for me.  The added benefit of working at the TPC Course would be the playing privileges for me and guests.  While Rene’ played a lot golf and had a good relationship with the TPC’s Head Superintendent, it was one of the few places because of the prestige where he wasn’t able to play very often.  With my new job, that problem was solved.

A short time later, Rene’ offered me the opportunity to come and live with him and his wife Virginia.  He said since you work at the TPC, you might as well live down the street. Rene’ and Virginia lived in a big two-story home with two guest bedrooms upstairs…and no children.  It was a great deal for both us as he was able to play a lot more golf at the TPC, and my commute went from 30 minutes to 2.

For the next two years, Rene’ and Virginia became like another set of parents.  He would often join me in the early mornings at the gym before going our separate ways to work. We spent many hours talking golf, sports, and life.  He poured into me his knowledge of sales, business, and general street smarts, and in return I helped him as much as possible with his golf and fitness.

In the Fall of 1993, a position opened at Stonebriar C.C. in Frisco, TX.  While my time in Houston was great, this was an opportunity for advancement as I progressed through the PGA’s apprenticeship program.  It was a hard decision and ultimate move because I loved my time with Rene’ and Virginia and my job and home in The Woodlands.  While we stayed in touch, it was never the same and I will forever cherish my time with them.

Fast forward ten years and much had changed.  I had left the golf business to go into sales and was recently engaged.  My fiance’ lost her job due to the combination of the “Dot-Com” bust and the events of September 11, 2001.  Our nation was hit hard financially and the contract furniture industry was hit particularly hard.  I still had my job but with her recent loss, we were both up for a change.

That’s when the phone call came regarding a Sales & Marketing Directors position at Cypresswood Golf Club in Spring, TX…just minutes from The Woodlands.  My interview was a slam dunk and we signed a lease at an apartment the same day…just a few blocks from Rene’ and Virginia.  I was on top of the world!  To be back in the golf business in a sales capacity and to be reunited with my friends was incredible.

Unfortunately it was not meant to be because my fiance’ was terribly homesick after about six months.  We stayed through the balance of our one year lease and then moved back to North Dallas.  With our wedding looming in the near future, leaving Rene’ and Virginia a second time made the whole experience bitter-sweet.

Like my fist move to Dallas, the distance took its toll on our friendship which was compounded with my responsibilities as a newly wed.  We talked at length in 2005 after Hurricane Rita ripped through the Gulf Coast and up through Galveston into the greater Houston area.  While thousands had to evacuate from the coastal areas, Rene’ and Virginia opted to stay home and survived with no damage to their home…despite the incredible winds and falling debris.

As time passed, the phone calls became less frequent and the last time I can remember talking to Rene’ was the Summer of 2008.  I was driving back from UT in Arlington from an appointment when we talked and its like it was yesterday.  For the next six years, I prayed for them daily as they held a permanent spot on my prayer list, but life always seemed to get in the way of me picking up the phone or shooting an email…until December of 2014.

Early last December, I pulled together my various contact lists and created one comprehensive names list to send Christmas cards to.  While I sent a few physical cards to my immediate family, the rest received their card by email.  I was consciously aware that Rene’ was included on my list but didn’t think much about it…until after I pressed “Send” and my phone range shortly afterwards with a Houston number.

I naturally thought of Rene’ however his old cell was saved in my phone and this was a different number.  When I answered, the voice was immediately recognizable even after so many years.  Virginia was calling to explain that she received my email and I could tell by her voice that something was not right.  She broke down in explaining that Rene’ has died earlier in the year in their bedroom from a sudden brain aneurysm.  With the changes in my phone number since we last talked, she was unable to reach me.

I felt sick and shocked to think Rene’ had been gone for nine months and I didn’t know. Soon after, I made a trip to see Virginia to reconnect and to pay my final respects to a man who was for a time like a second Dad.  It was as emotional for me and Virginia as I expected it to be and yet I owed it to her and him for all they did for me.  I still pray for her daily for peace that only God can grant given the loss of a spouse.  And naturally I think of him with the expectation that someday we will see each other again in Heaven. 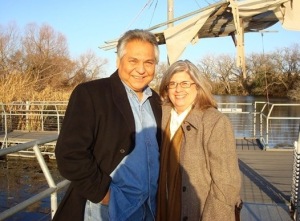 Closing Thoughts for My Readers:

If you have a strained relationship in your life that’s important to you, I encourage you to go and make it right.  If you’ve lost touch with a one time best friend, I encourage you to reconnect while you still have time.  Because, really…you don’t.

I thought about reaching out to them so many times…and now that Rene’ is gone I can never make that phone call.  If you have a call to make, do it now.  You never know about tomorrow.

“Do not boast about tomorrow, For you do not know what a day may bring forth.”

Come now, you who say, “Today or tomorrow we will go to such and such a city, spend a year there, buy and sell, and make a profit”; Whereas you do not know what will happen tomorrow.  For what is your life?  It is even a vapor that appears for a little time and then vanishes away.

Best of luck in your personal journey.

And to my Uncle Rene’…”May you rest in peace…I miss you.”

As a Christian, my Major Definite Purpose is to "Positively Impact the World with My God Given Spiritual Gifts to Encourage and Serve Through the Vehicles of Business & Fitness". As a Master Fitness Professional & Nutrition Coach I have a unique skill set and welcome every opportunity to serve my clients.
View all posts by Kelly Perkins Amidon →
This entry was posted in Uncategorized. Bookmark the permalink.

1 Response to Saying Goodbye to a Friend