A Thank You Long Overdue

Early on Friday morning July 14, 1995, my phone rang and it was my Dad.  I was getting ready for work and his call came as a surprise.  Somehow, I knew before he told me the reason for the call.  My Grandad, George Elbert Perkins, has passed away at 89.  He had been sick for some time and while I was heartbroken on the one hand, I was also grateful that his body was finally at rest and his soul at peace with God in Heaven.

For some background, my Grandad and I were very close and I have only the fondest of memories of my time with him growing up.  I used to love to visit my Grandparents as we would always have a big time.  From fishing, to hunting, to horseback riding, to playing in my treehouse, to playing checkers, we were never at a lack for fun things to do. 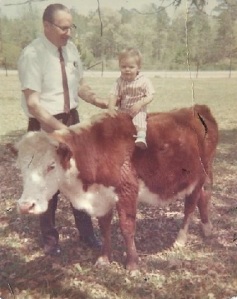 One of my best memories is “camping” out in my Grandparent’s bedroom when I was just a little boy.  In their original home, their bedroom was upstairs with the guest bedroom located downstairs.  Let’s just say I had an overly active imagination as a child and tended to struggle with nightmares.  All that considered, there was no way I was staying in the guest bedroom downstairs all by myself.

My Grandparents lived on a farm with “woods” close by and my mind would conger up all kinds of scary things that might get me if I slept downstairs alone.  The solution was to place an extra mattress on the floor next to my Grandparent’s bed where I would happily and safely sleep within only a few feet of them. 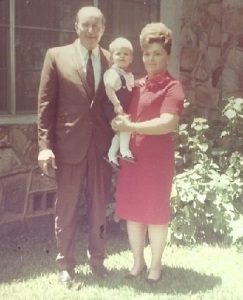 Me with my Sweet Grandparents

Now fast forward back to the call with my Dad.  It’s been so long that I don’t remember any more about that day or the next however the day of the funeral stands very clear in my mind.  I was living in Dallas and my Grandparents lived in the small East TX town of Jasper…some four and a half hours away.  I left early Sunday morning and drove straight to my Grandparent’s home in time to visit with family and guest before the funeral.

It was good to see that part of my family and to catch up with some distant relatives I had not seen in years.  Shortly after, we loaded up and went to the funeral home for the official ceremony.  The service was held at the First Baptist Church where my Grandparents had faithfully attended and served for many years.

Once the service was over, we were invited to come down to the front of the auditorium to pay our last respects.  My Grandad’s casket had been open prior to the service starting but I had not dared go down and look.  Now as a part of our overall family, we all made our way down and passed slowly by the casket.

Grandad looked peaceful enough and I thought they did a good job with preparing his body for the viewing.  I had only been to a few funerals in my life at that point and this was my first time ever to lose a close relative.  While the whole experience was very emotional, I had not really cried that much…yet.

After our family and guest had paid their last respects, the service was called to an end.  People were milling around in general giving the funeral staff an opportunity to change gears in preparation to move the proceedings to the grave side.  I was standing at the back of the auditorium when my Dad’s second wife, Charlotte, came up to check on me.

My parents divorced when I was just a baby and had both remarried.  It was positive enough going back and forth between my Mom and her second husband and my Dad and his second wife, however it was not without challenges.  Divorce is never easy on any part of the family and I definitely had my struggles.

Charlotte and I had an overall solid relationship but there were some occasional rocky moments.  Looking back at both her and my Mom’s second husband, Jeff, I know now that they were doing the best they could with an extremely challenging situation.  Being a parent is hard enough.  I can only imagine how difficult it would be to play the role of a step-parent.  Although we didn’t always get along, I believe in all my heart that they had the best of intentions with their care of me. 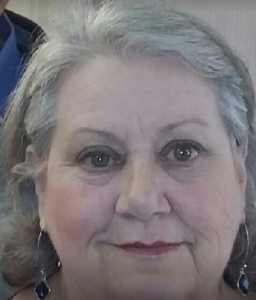 Given our past, I was a little taken back when she first approached me.  We chatted for a moment and then she asked if I had spent enough time with my Grandad before they closed the casket.  I told her yes and yet with her woman’s intuition, she asked me again, if I was sure.  A lump formed in my throat and I realized that I had been largely holding back my emotions up to that point.

She kindly suggested that it was okay for me to go back down and say my goodbye’s one more time before it was too late.  And so down I went to see my Grandad one last time.  As I stood there by his side, memories of my whole life with him flashed through my mind.  It was only then that I finally accepted that this would be the last time I would see him this side of heaven…and that’s when the tears started welling up inside me.

Feeling as if it was time to leave, I turned around and there stood my Dad right behind me.  That’s when the flood gates opened and I just crumbled into his arms.  We didn’t say anything.  I just needed to cry and truly let go of the fact that my Grandad was gone.

The graveside service was a blur at that point and I made the long trip back to Dallas to start a new job the following Monday morning.  For all these years, I have always been so grateful to Charlotte for “pushing” me to say a proper goodbye to my Grandad.  Were it not for her, the exchange between me and my Grandad and Dad would have never happened…and for that I will be forever grateful.

Thank you, Charlotte, for always doing your best to love me like your son.  I know our relationship wasn’t always the best, however you will always hold a special place in my heart for your actions the day of my Grandad’s funeral.

Closing thoughts for my readers:

The late great Jim Rohn said it well with the following:

“We must all suffer from one of two pains: the pain of discipline or the pain of regret. The difference is discipline weighs ounces while regret weighs tons.”

When it comes to expressing love or gratefulness or a simple thank you, have the discipline and courage to do so.  The last thing you want is to live with the regret of not speaking the words you know you should said have when you had the opportunity.  We are not guaranteed the next five minutes…much less tomorrow so live every day as if it’s your last.

As a Christian, my Major Definite Purpose is to "Positively Impact the World with My God Given Spiritual Gifts to Encourage and Serve Through the Vehicles of Business & Fitness". As a Master Fitness Professional & Nutrition Coach I have a unique skill set and welcome every opportunity to serve my clients.
View all posts by Kelly Perkins Amidon →
This entry was posted in Uncategorized and tagged Christian, Faith, family, love, saying goodbye, saying thankyou. Bookmark the permalink.

1 Response to A Thank You Long Overdue