I Know What I Should Be Doing…But?

How often have you heard someone say, “I know what I should be doing, but I’m just not doing it”?  As a nutrition coach, I hear this all the time as if it’s as simple as flipping on a light switch.  In reality, the gap between what you’re doing and what you think you should be doing can be bigger than you might expect.  It can be far more difficult than just making up your mind that all of sudden, after years of neglect, you’re going to start exercising and really clean up your nutrition. 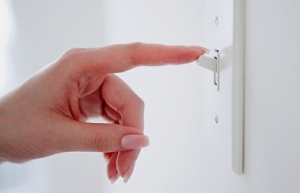 The fundamental habits needed for sustaining a healthy weight for the long-term are:

Please don’t discount the latter as being simple or easy to do.  Each of the four requires a number of life skills that without, you will find it virtually impossible to execute these seemingly simple steps.  You see, most people possess certain limiting factors that make up the gap between their current reality and where they would ultimately like to be.

The following are a sampling from the coaching clients I’ve worked with over the years:

Does this sound like anyone you know?  And this is just getting started with basic nutritional needs.  It doesn’t include the following other significant skills and behaviors:

Are you getting enough?

The first five are obviously negative traits that need to be reversed.  The second five are some of the positive skills & behaviors that need to be learned and practiced with a high degree of efficiency in order to achieve the four skills mentioned above.  That’s ten areas of focus that will all take time to achieve a level of proficiency.

When I talk with a potential client during their initial consultation, they’re typically looking for a meal plan including how many calories to consume combined with a certain ratio of macronutrients to strive for daily.  In their mind, that’s nutrition coaching.  In reality, nothing could be further from the truth.  Handing out meal plans is not nutrition coaching.

How many physical books are available on the subject of nutrition and exercise?  How about on the web in a digital format?  And what about hard copy magazines or articles online?  Between these combined sources, there’s more info than you could ever possibly consume in a lifetime and yet as a nation, we’re more overweight than ever and moving in the wrong direction.

The problem is not a lack of information, it’s a lack of ability to put the information to use.  That’s where nutrition coaching comes into play.  My job is to fill the gap between where clients are and where they want to be.  And most want it all upfront.  Unfortunately, tackling a list like the ten items above all at the same time would be a recipe for failure.

So how many of you know someone who prides themself on being good at multitasking?
I learned this valuable insight from my mentor, Darren Hardy.  You do understand that there’s no such thing as multitasking.  Right?  It’s impossible to run two cognitive processes in your brain at the same time.  What you’re doing is actually switching and switching makes you dumber than if you were smoking dope.  When you’re smoking dope, your IQ drops by about five points.  When you’re switching between two different and yet like cognitive tasks, it drops by about ten. 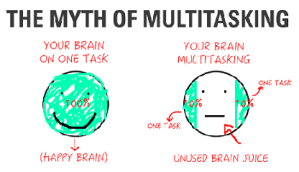 One thing at a time is best.

Look, you can walk on a treadmill, chew gum, and watch a video on your phone, all at the same time and do great because you’re using different parts of your brain.  But when you’re driving with your phone, you’re either driving or you’re looking at your phone.  You can’t do both at the same time which is why driving while using your phone is so incredibly dangerous.  Add a cup of coffee to the mix and you’re a wreck waiting to happen. 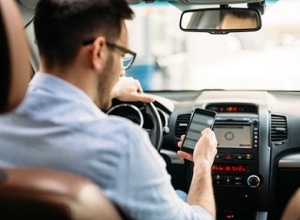 So, when it comes to making changes with your nutrition, one thing at a time works the best.  You’ve probably heard that it takes at least twenty-one days to make something a habit.  That’s debatable depending on what you’re talking about.  However, when it comes to nutritional habits, two weeks seems to be a really good time frame.

Depending on the person, you might be more wired towards going after the big rocks first, or you might prefer to start with the low-hanging fruit.  Either way, just focus on one area for improvement for a couple of weeks and then move on to something different.  Don’t forget about the first area of focus however shift your attention primarily to layering in the new habit.

The list of ten above would take about five months to work through and for some that might seem slow, but if the skills gained would last forever, would it be worth it?  If the second list of five, in particular, protects you from ever relapsing back into your old ways, would it be worth it?  In the big scheme of things, five months is nothing and this is just a simple example.

My average nutrition coaching client needs to lose 25 lbs or more.  At 6 lbs per month, which is very doable and sustainable, we’re still looking at four months.  So, for sake of perspective, my example above of spending five months to achieve your goals is really not that long.

Be careful about dismissing an opportunity for growth and change because of the time commitment.  The time is going to pass regardless and no matter how much you need to lose, if what you’ve been trying is not yielding the results you’re seeking, maybe it’s time to consider a different solution.

Closing thoughts for my readers:

If you’re someone who feels like you know what you should be doing, but you’re struggling to take consistent action and or achieve the success with your health that you’re seeking, then consider getting some help.  The most successful people from all walks of life have coaches for every area you can imagine…including nutrition.

Beating yourself up for struggling to reach your health and fitness goals is like scolding a 1st grader for not being able to do college-level algebra.  They simply don’t have the skill set to do what you’re asking which is exactly like the limiting factors I’m referring to with regard to your health.

I listed only ten limiting factors at the beginning of this post.  When working with clients, I look at eight different categories totaling thirty-three limiting factors.  And any combination of these could absolutely derail you from reaching your goals.

Remember, at some point in life, we all need a little help.

Best of luck in your journey.

As a Christian, my Major Definite Purpose is to "Positively Impact the World with My God Given Spiritual Gifts to Encourage and Serve Through the Vehicles of Business & Fitness". As a Master Fitness Professional & Nutrition Coach I have a unique skill set and welcome every opportunity to serve my clients.
View all posts by Kelly Perkins Amidon →
This entry was posted in cardio training, Diet, fat loss, Health & Fitness, Nutrition, nutrition for better sleep, personal development, seeking wisdom, strength gain, success, Uncategorized, weight training and tagged managing hunger. Bookmark the permalink.